China versus the Evil Empire

The Decline and Fall of Xi Jinping, the General Secretary of the Chinese Communist Party of the People’s Republic of China.

P.S. - this topic started out with the title of “The Decline and Fall of Modern China”, but was renamed to “China versus the Evil Empire” when I made the second post below.

A couple of years ago, I predicted to my son that we were entering the century (or longer) of China. The Anglo-American empire of the last few centuries seemed to be in its final decline, and China had the wealth, power, industry and determination to become the most powerful nation.

I now think I was wrong.

Rather I think we’re seeing the end coming of another phase of the powers that be consuming and integrating China into their “World Order.”

These powers have been “behind” (and sometimes on) the ships and thrones of the Phoenicians, the Venetians, the Spanish, the Portuguese, the Dutch, the British, and now the Anglo-American Empire.

China was weakened by the Opium Wars of the 1800’s, terrorized by war and communism in the 1900’s, and now enticed to over extend itself in the early 2000’s.

Two years ago, China had the world’s greatest stash of the “gold” (US Treasuries) of our time, the profits it had earned from building the world’s greatest industrial over the previous couple of decades. It was lending out that wealth to develop the Belt and Road Initiative, connecting Asia, Africa and Europe by ship, ports and rail funded by lending those Treasuries to the other nations along the way.

Each of the above, and more, deserve more detail.

For now, here a few such reports, mostly from just the last week or two:

Joseph P. Farrell posted an article today that nicely squares with what I wrote yesterday, above, about the attack on China by the Evil (currently preferring to be known as the Anglo-American) Empire.

Here are the opening, and closing, paragraphs of his article:

If you’re a regular reader here, you’ll recall that last week I wrote a series of blogs based, as usual, on various articles that people sent me. The theme of those blogs was more or less two-fold: we may be watching (1) the breakup of the Shanghai accords and the so-called BRICS nations, along with the slow-down and possible end to China’s One Belt One Road initiative, and (2) the emergence, possibly, of a new geopolitical reality that I called the Quadruple Entente, consisting of the USA, India, Japan, and possibly over the long term, Russia. Two factors were uppermost in my mind that indicated something like that may be happening: the India-China border clashes which resulted in casualties on both side, and the Fauci-Lieber-Baal Gates virus scamdemic, which in the hands of the political right, has been used as a crisis of opportunity to “blame China.” I don’t entirely dismiss the idea either, for in the run-up to the virus plandemic there were clear indicators that China was up to something in the biowarfare field concerning corona viruses; witness the expulsion of two Chinese spies from the Canadian laboratory in Winnepeg, Manitoba.

Thus to put it country simple: when one considers all these factors - the gun running, the galloping Marxism of Gavin Gruesome and his party, the organization evident in the rioting in the USA, the suspicious details around the corona virus scamdemic, the Indo-Chinese border clashes, the sudden Indo-American “friendliness”, the conveniently timed flooding in China - then yes, it looks to me like we’re witnessing a full-scale covert warfare. China wants to run globalism, and Mr. Globaloney wants to run China, and there are two world leaders who don’t buy into the whole globalist dogma of the “nation-state-is-dead.” One of them is in Moscow, and the other is in Swampington, D.C.

So, whereas Farrell goes into quite a bit more colorful and readable detail of a few of the signs of a covert war between China and the Evil Empire, my post above lists more potential vectors of this covert war, with little more than a link to some other article, providing a few further details of each such vector.

The gun running vector is one that Farrell notices, that I didn’t think to list above.

And, more importantly, Farrell more openly calls out the possibility that all or most of these recent stresses are deliberate, covert, acts of war, between China and the Evil (Anglo-American) Empire.

Be that as it may, it seems that Farrell and myself are living in the same timeline of history, for this moment at least.

P.S. – In the middle of the above article from Joseph P. Farrell, he links to a Mike Adams article at https://www.naturalnews.com/2020-07-03-communist-china-providing-automatic-weapons-to-antifa-black-lives-matter.html

That Mike Adams article reminds us of a billion (two $495 million payments) taxpayer provided dollars that California Governor Newsom sent to China for “covid 19 face masks.” I presume that Mike Adam’s allegation that this billion dollars really went for weapons and other insurrection tools, is correct. See for example this report for more details of this deal.

Something’s afoot, and it seems seriously nasty and dangerous. See further my next post below.

While brainstorming with my son what “they” might throw at us next, following the corona scamdemic and black lives matters / antifa riots. We expect something, between now and the U.S. election in November, to further reduce the chance of a clear cut election victory for Trump.

Here’s the “best” scenario we could come up with:

A major attack on the U.S. electrical infrastructure, using a confusing combination of:

The confusions obfuscate who is really orchestrating the chaos, and allow for placing blame wherever it’s advantageous to the perpetrators.

A century or two ago, the collapse of the electrical grid would not have interfered with an ongoing election. That is no longer the case now.

Another friend of mine, who has more experience in politics than I ever will, has been quite convinced for months now that the November 2020 elections in the U.S. will not happen on schedule. I now see how that might come about, with the above.

I read yesterday… (from the article)

“Huawei has lost the anglosphere. The telecommunications giant that came to symbolise China’s economic rise and the risks of its unique brand of state-linked corporations will no longer have a role in building Britain’s 5G network or that of any Five Eyes partner.” 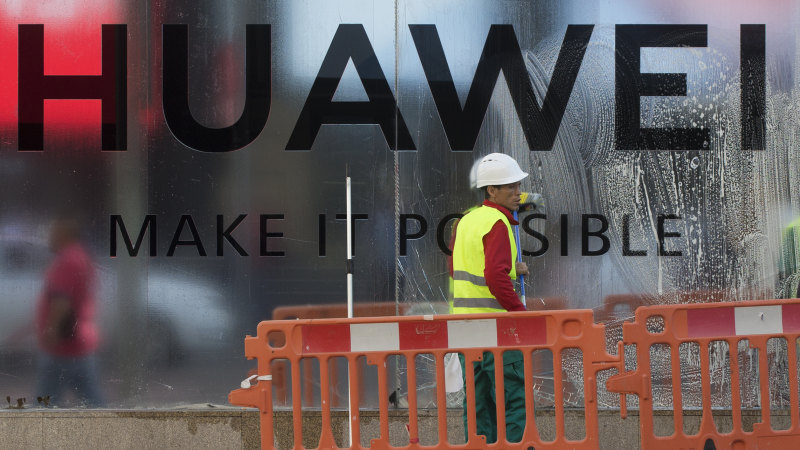 How the US steamrolled Chinese tech giant out of Five Eyes

Huawei has lost the anglosphere. The telecommunications giant that symbolised China's economic rise will no longer build 5G networks across Australia, Canada, New Zealand, the United States and now Britain.

Well, I have more forecasts, of more storms on the horizon.

This coronascam is being used to trigger and serve as the main scapegoat for initiating a global economic/financial/monetary/debt collapse.

Many homeless will die, often in government run facilities, with their deaths blamed on more diseases or such. As we have already seen with the corona virus scam, it’s easier for large numbers of people to be killed if they can be removed to institutional settings, isolated from their friends, family and community, and then weakened with toxic food, drugs and therapies. This has already taken many elderly, and will be easier to do on a coming wave of homeless people.

Our nation’s residential and small business real estate markets are built on an immense accumulation of debt, as the decline in U.S. Treasury debt yields over the last four decades has directly caused a rise in the market price of real estate. The lower the interest rate, the more you can borrow. That four decade cycle is about to end. That debt based “house” of cards is about to collapse. This will take a few years to unwind.

The above in turn will devastate the real estate tax basis of most cities, many suburbs, in many states. Many of these local governments will go bankrupt. Local schools, usually funded from local real estate taxes, will be devastated. Some teachers and school administrators will join the homeless.

Similarly, we’re already seeing a devastation of our overbuilt, overly expensive, heavily debt burdened medical system. Many doctors, nurses, and medical technicians will lose their jobs, and many medical practices and hospitals will fail. This will both add to the burden of sick people unable to get good quality medical care, and add to the burden of unemployed, struggling to keep food on their table and pay the rent or mortgage.

Our overly built colleges and universities, who have been able to raise their tuition thanks to federal funding of loans for college education, and who have used that increased income to fund more debt, build more buildings and hire more administrators, will now face the world of on-line education, provided to a much smaller and impoverished student body. This will result in more bankruptcies, unemployed and potentially homeless.

As noted above with our residential and business real estate, it is also with our nation’s overbuilt and overly indebted medical and education systems. Those “houses” of debt also need to collapse. This will also take a few years to unwind.

The main sources of tax revenue for states, either income taxes or sales taxes or both, will also be hit hard. Many states are deeply in debt, and some also have massive unfunded liabilities for pension plans. These debts and pension plans will default, one way or another.

The Presidential election of Nov 2020 is setting up to be highly controversial. Regardless of who wins, the other side will be angry as hell and convinced that the election was stolen.

Also sometime in the coming months, I’m currently guessing sometime in the few months following Nov 2020, there will be a replay, on a larger scale, of the global financial collapse of 2008. Some major banks will fail, and some banking systems shut-down for perhaps a few weeks. After that shakes the public consciousness, we’ll see the first public view of the new world monetary order, following the death of the Petro-Dollar.

It is unlikely to be a “V” shaped recovery … economic/financial/monetary collapses of this magnitude can take years/decades/(centuries?)/(millenia?) to recover from.

I’m hopeful that this one will only take a few years, due to new energy, materials, manufacturing, propulsion, and computing technologies that propel our civilization back to and beyond its previous levels quickly. But that’s at best a wild guess.

The systemic infestation of excessive debt, throughout our economy, public and private, large and small, is the greatest in recorded human history. Even at best, the coming years will not be easy.

Excellent!! It has been very concerning to me how China seemed to be taking over the entire world!! I remember seeing an ad of some properties in TX saying that “Americans need not apply.”

It seems obvious that we have been taken over “from the inside” & now we are having to take back what was stolen from us by traitor Americans!! Hope to see some jail sentences for the traitors!!

Hope to see some jail sentences for the traitors!!