The multiple co-morbidities of human civilization

The deep state - or the “elite bastards” as I call them, seem to be the bad guys in our current drama.

However, much as I sometimes write, as if they were the cause of humanity’s ills, as if just “locking them all up” would cure our ills, I sometimes don’t think that’s so.

The danger that humanity presents to itself and to other life on this planet is more than just the “atomic bomb” or “anthropomorphic global warming” It lies in our entire way of organizing on a large scale, in the way that we individuals come to understand:

Imagine an unhealthy, over-weight, elderly person consuming (very non-organic) food and water that is loaded with various pesticides and toxins. They are taking five or ten prescription medications, smoking chemical laden cigarettes. They watch CNN and MSNBC for their “news”. They have diagnoses of cardio-vascular disease, type 2 diabetes, various cancers, some dementia, and some damage from prior strokes. Part of their intestine has been removed to deal with a cancer, and their liver and kidney functions are not all that good. Their blood pressure is high, and their blood oxygen saturation level is low.

Imagine you were a doctor, and this patient with several co-morbitidities came to you to be healed. They expect a diagnosis and a remedy that cures their ailments.

After sneaking a peak at your malpractice insurance, to make sure it’s paid up, you have the task of explaining to them that this is going to take far more than yet another “remedy”. The problems our imaginary patient are multi-faceted, deep seated, and long standing. Thus also must the remedies for our patient be.

Thus it is also with our human civilization.

Blaming “elite bastards” for the ills of human civilization may be like blaming “germs and viruses” for all the maladies afflicting our above imaginary patient.

People working in small businesses and on small farms, in small communities, learn to rely on themselves and on their friends, family and community.

But people living in cities, suburbs, or (recently) online, who are educated in larger schools and universities, and who work for corporations and governments and other institutions, “learn” (or are taught) to “trust the experts and leaders”.

These “experts and leaders” rely on mass communication and the forces of large political, corporate, legal, financial, military, and religious institutions to obtain and retain their positions. These positions provide (or at least appear to provide) immense power and wealth, and provide great influence to those few “experts and leaders” that they bless. These positions thus attract some of the most egomaniacal, sadistic, greedy, power hungry bastards, such as would be scorned and avoided in a small community where “everyone knows everyone else” and where everyone knows who is kind, friendly, honest and competent … and who isn’t.

As I listed above some of the ailments of my hypothetical elderly person of ill health, so let me list now

… some of the co-morbidities of our human civilization:

A wide variety of institutions implement these means of mass control:

In our current circumstances, these institutions include

Can we grow a healthy civilization, on the foundation of the new technologies of the last century, that have connected humanity in a real time “Web” and world-wide economy, and of the technologies of the coming century, that could extend our civilization out into the solar system with abundant food, energy, and means of production, transportation, computation and communication ?

Abuse, torture, murder, and bodily fluid and organ harvesting of children, infants and the unborn.

A list of some of the suspects likely involved in the above: 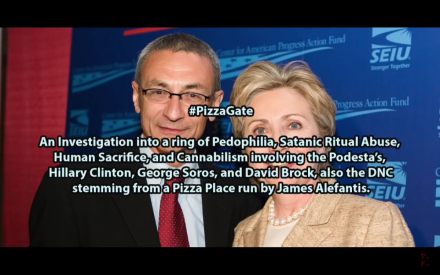 Well, there may be many aspects to what ails our civilization, but it seems that many of these aspects are but one or two degrees removed from Bill Gates: Bill Gates has quietly made himself the largest owner of farmland in the United States. For a man obsessed with monopoly control, the opportunity to also dominate food production must seem irresistible.

This is a stunning article, over 9,000 words long, full of detail and links to references, and well and carefully written and edited.

The final three paragraphs of this article:

Democracy and farm freedom advocate Dr. Vandana Shiva says that Gates’ philanthrocapitalism is a “destructive force with the potential to push the future of our planet towards extinction and ecological collapse.” Shiva accuses Gates of using philanthropic capitalism to accelerate the corporate takeover of our seed, agriculture, food, knowledge and global health systems. “He funds the manipulation of information and promotes the erosion of democracy — all in pursuit of personal power and profits.”

Shiva says the Gates Foundation has powered an “unholy alliance” between big capital, science and technology institutions and governments to establish a global empire over life, through monocultures, patents and monopolies designed to destroy the natural world of diversity, self-organization and freedom.

It’s well worth a read, but it is unsettling.

It was very interesting to see a recent of video of Cathy O’Brien, now in her 60’s, reflect on all that!! In her family, it was a generational “thing” they were born into. So sad!! Apparently, she would have still been in that path if she had not been rescued.

It seem the Turning Point in our own lifetime was the murder of a President, right before our eyes, in 1963! The Bad Guys have been “in control” ever since. They “got away with it”…then we had 9/11…they “got away” with that as well, it seems.

But then, Pres. W. Wilson spoke of a power so forceful that none even dare speak about it out loud!! It’s beginning to look like The Bad Guys have been “in control” for thousands of years.

What I’m wondering is if we are in the middle of a Galactic War, RIGHT NOW?!!!
We don’t know how many “others” are involved, or what “sides” they are on, do we?!!

Personally, I think The Human Race is at a crossroads right now & as Cyrus A. Parsa keeps trying to warn us…A.I. is about to take over The Human Race…OR…has it already happened???

It seems very clear that some of those trying to lead us down that path might not even be totally “human”, so why should they care what happens to our Human Race?!!

We have been brainwashed for so many centuries, we are being led, like sheep, to the slaughter!! I have found Sacha Stone to be a fresh voice in all the doom & gloom!! I know there are various people who have simply withdrawn from Society At Large & are forming little cell groups, not dependent on the established governments. Might be a good way to go if one is still young!!

This lady is a real Warrior!!!