The structure of atoms, and the physics of new energies

Here’s the clearest explanation I’ve see yet of the structure of atoms. It explains such things as electron orbits, sharing electrons between adjacent atoms, and the nuclear strong force, all in terms of a single underlying electro-magnetic wave structure, acting on positively and negatively charged sub-atomic particles.

It is just such a return to (in my view) honest physics, after a century of faux physics for the public (which includes prestigious University physics departments and journals) overlaying and obfuscating black ops physics for the uber-elite, that give me hope that following the decline and fall of petroleum, which has been our civilizations primary energy source for the last hundred years, we will be able as a civilization to make another major step up in efficient energy production, using various plasma-fusion-electromagnetic technologies that are based on this “new” (to the public) physics.

To infinity and beyond … (well, at least off planet mining of key minerals, and much more efficient food production, water processing, manufacturing, transportation, construction, heating and ventilation, on planet)

Life, and all of matter, are formed of molecules. Molecules are atoms, binding by sharing electrons. If it were not for the unique geometry of the proton that allows for electrons to be in orbitals, to be shared with other atoms to form molecules, life would not exist. This video explores the geometry of the proton that allows this to happen, including a curved tetrahedron referred to as a tetryen. 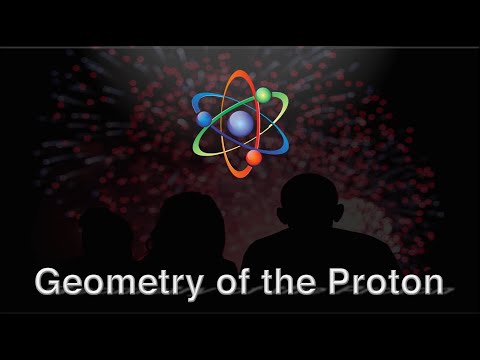 Fascinating! Already this forum has emulated ‘a great gift.’

It will be the BIG DAY breakthrough when we achieve success in connecting individuated consciousness with “the physical sub-reality” such that we can pilot inter-dimensional travel via thought (as is purported to be done by some extra-terrestrials - of which some can be human and/or humanoid… as in ‘cousins’).

The big drag could be “who” achieves the breakthrough - meaning, if it is the current “secret government” then… (no further comment).

This website, https://etherealmatters.org, and its corresponding Youtube channel, https://www.youtube.com/c/SeethePattern/, provide another excellent approach to the Electric Universe model, both at the stellar and atomic levels.

I have recently stumbled upon The Electron Flood Theory by Roger@mudfossils!! Since I am not a scientist, it is all very bewildering to me, but some of you might enjoy checking it out!!

I have enjoyed getting to see from above a 1,000 mi. long dragon & some Giant parts that make us look like ants by comparison!!! I come to the conclusion that we know very little about what has really happened in the past on this planet, or how it was formed!!